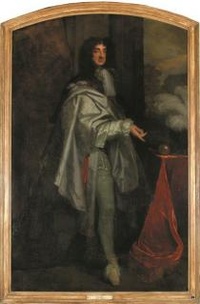 ﻿Catherine of Braganza (Housmann), William III (Godfrey Kneller) and Queen Anne (Michael Dahl). Among other portraits there is one of Charles I (Stone), William Camden presented by Sylvanus Morgan and another of Alderman Sir John Browne.Many pictures were lost in 1941 when the Hall was set on fire during the Blitz and in 1946 when there was a fire in the building the pictures had been removed to for safe keeping. However these original commissions survived to be re-hung in the new Hall in 1961 together with a series of paintings on wood which were executed for the Painted Chamber in about 1705 and which were restored. 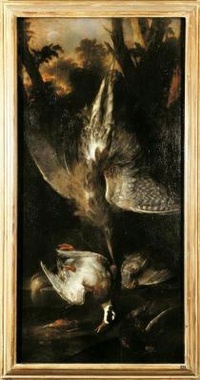 A carrara marble bust of Thomas Evans (Master 1666) and carved oak appliques and Doric capitals all the work of Edward Pearce (Master 1693) also survived and are on display in the Court Room and Entrance Hall. 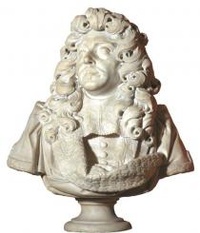 At the time the new Hall was opened the Company invited Past Presidents of the Royal Academy to present paintings to replace those lost in 1941 and 1946 and the most notable of these are works by Sir Roger de Grey (Brogue – Normandy landscape and Knowle House) and Sir Gerald Kelly (Portrait of Joaquinna V, a Spanish Lady) 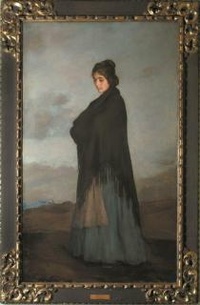 In addition the Company commissioned Liveryman Leonard Bodenin 1970 to paint His Royal Highness Prince Charles and a portrait of Her Majesty Queen Elizabeth II by the same artist was presented to the Company by the then Master, Sir Ralph Perring Bt. in 1978. A portrait by Liveryman Richard Stone of Queen Elizabeth the Queen Mother was presented to the Company through the generosity of certain Liverymen. More recently the Company’s Fine Art Trust Fund has purchased pictures by distinguished artists at auction and secured works shortlisted for exhibition at its annual Lynn Painter-Stainers Prize Exhibition. 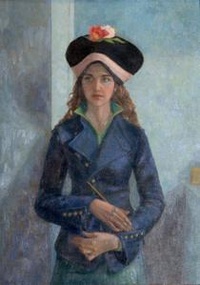 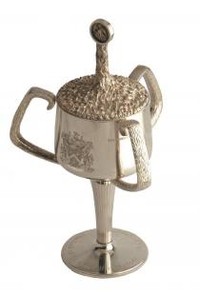