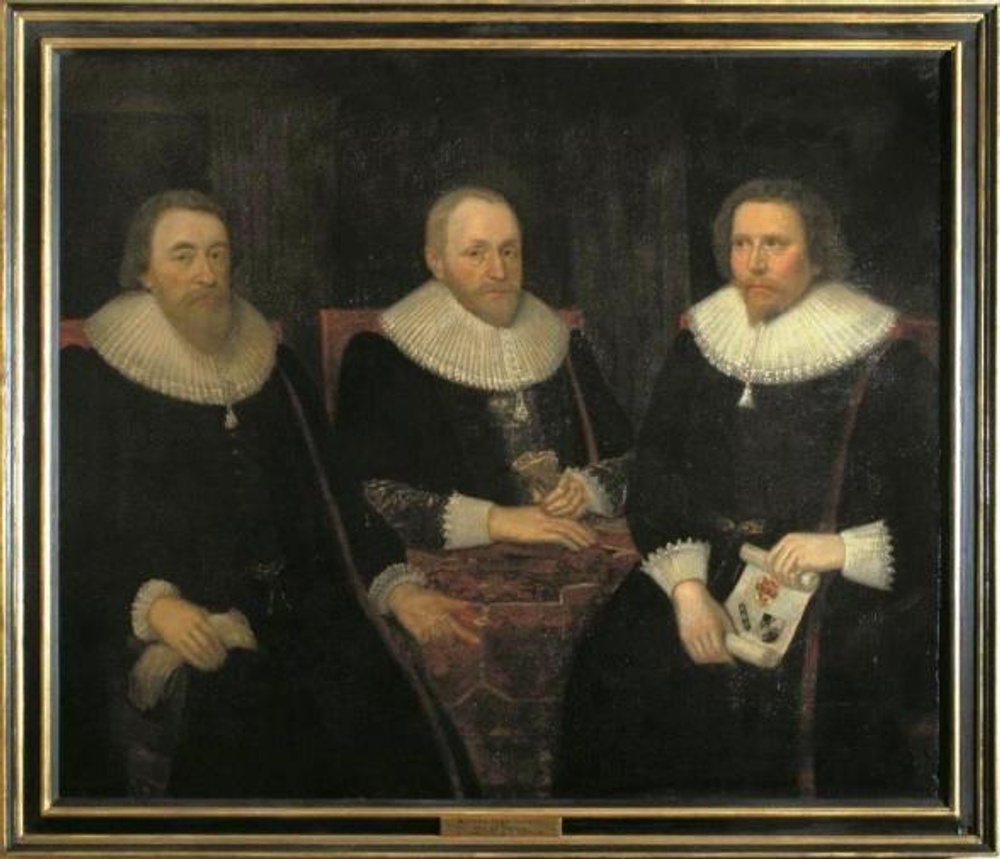 The condition and recent conservation history of this triple portrait are similar to those of the Pargeter painting, though unlike the latter it has remained in the Company’s collection since it was painted. Potkin, Carleton and Taylor were Master and Wardens of the Company in 1631, and their group portrait was installed in the Hall in September of the following year. This is a notably less elaborate work than the Pargeter triple portrait. It contains no glistening drapery or coats of arms, the table on which Potkin leans is carpeted but otherwise bare, and there are no specimens of work on view except for a modest scroll with three heraldic devices, the arms of the three sitters, rather shyly opened to view by John Taylor on the right. Taylor is of particular interest as the reputed painter of the Chandos portrait of William Shakespeare, in the National Portrait Gallery, the earliest and most plausibly authentic likeness of the playwright. There is a possibility that this picture is his work also, though it is to be noted that Taylor is not shown looking out at the spectator, which was an accepted way for an artist to ‘sign’ his own work. It is at least possible that the Potkin and Pargeter pictures are the work of the same artist, and the fact that the two pictures are similar in general conception and appearance, and were produced within a year of each other, tends to support that suggestion.