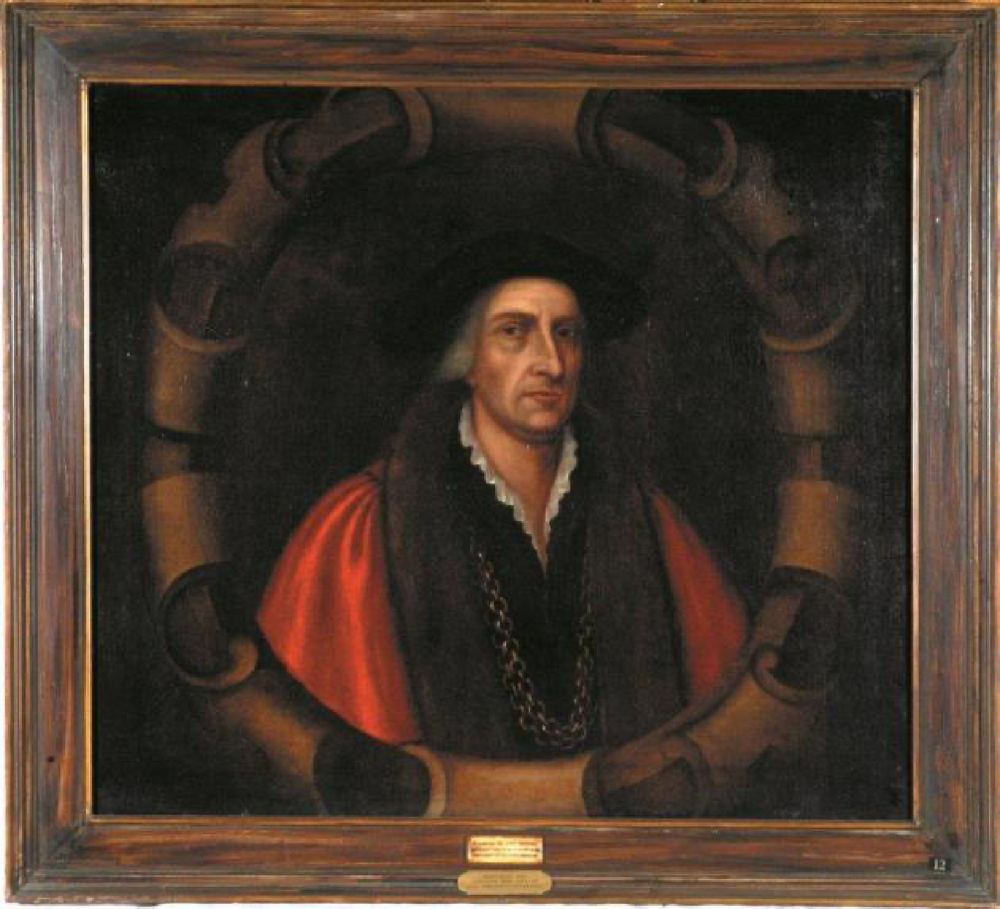 Browne (died 1532) was appointed one of the suppliers of heraldic painting for the funeral carriage in which the body of Henry VII’s elder son, Prince Arthur, was taken from Ludlow to Worcester in 1502. This is the earliest record we have of him; it was in 1502 that the two companies joined forces, and Duncan Burton thinks that documentary evidence supports the theory that Browne was initially a Stainer, that is, a painter on fabrics rather than on wood or stone.

In 1503 he worked with the King’s Painter John Serle on the funeral decorations for Henry’s wife Elizabeth of York. He next appears at the head of the Book of Painters employed for the decorations at the funeral of Henry VII himself in 1509. He was appointed King’s Painter for Life, 20 December 1511, and from this time on was involved in many important public and state events, including in 1520 the great encampment in Normandy for the meeting of Henry VIII and Francis I of France at the Field of Cloth of Gold.

He was Master of the Company in 1509, but in 1523 became a member of the Guild of Haberdashers. In that year, and no doubt as a consequence of that work, he was sworn as Alderman for the Ward of Farrington Without. He became Master of the Haberdashers in 1526, but his duties seem to have overcome him about that time, as he was discharged from his Alderman’s office on grounds of long-standing ill health.

In 1511 he acquired another appointment, as painter to the Navy, painting banners and streamers and other flags for, among other ships, the Mary Rose and Henry Grace a Dieu. He became the first Serjeant Painter on 12 March 1527. In 1504 he had acquired premises in Hoggen Lane and Little Trinity Lane which he gave to the Company for their first Hall in 1532.

He married twice, firstly to Alice (unknown surname) with whom he had two daughters, Alice, married to Richard Callard, Painter Stainer, and Joanne, married to Edmund Lee, goldsmith. His second wife was Anne Golofre, who also bore him two daughters, Isabell and Elizabeth.

He was never awarded a knighthood, but bore arms, in the form of a ‘shield Argent on a Fess counter embattled sable, 3 escallops of the first, on a canton quarterly gules & azure, a leopard’s mask or’. Some of these elements refer to the decoration of the Field of Cloth of Gold, which was perhaps the crowning achievement of his career. The arms are incorporated into the stained glass of the west window of Painters’ Hall.

The small square portrait in the possession of the Company is clearly not contemporary with Browne, and may be a copy of an earlier picture. It seems to have been executed at some point in the decades around 1700 when many other works, lost or damaged in the fire of 1666, were restored or painted anew. The scrolled trompe-l’oeil cartouche is reminiscent of similar borders to early eighteenth-century portrait engravings, for example by Gerard Van der Gucht in his portrait of Daniel Defoe (1706).