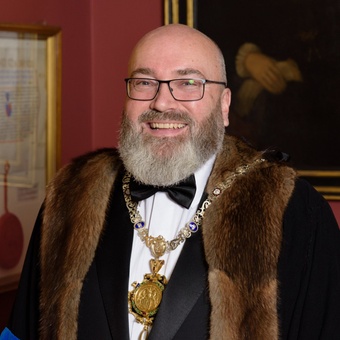 James was born in Wimbledon and attended Kings College School, and thence (very occasionally) studied at Newcastle University, where he graduated with a degree in Classical Studies.

He is a director in this great-grandfather’s business, F.A. Clover & Sons Ltd, following three previous generations of his family into the company. Despite James’ best efforts the firm has been continuously trading for over a hundred years and specialises in the anti-corrosion painting of steel structures. Notable previous projects have included AELTC Wimbledon No. 1 Court, Ascot Racecourse Grandstand, the British Museum Great Court Roof, The QEII bridge (Aka the M25 Dartford Crossing) and the London Eye.

He is also very proud to have followed his grandfather, father, and uncle (Past Master David Clover) into Painter-Stainers, becoming a Liveryman in 2001.

To date he has yet to win any awards for original thinking.

His hobbies include skiing (Alpine) having previously worked for a season in Méribel in his youth. He is passionate about rugby and football, although these days solely as a spectator. He is joint owner of League Two football club AFC Wimbledon (a cross he bears with 3,000 other foolhardy souls). He is blessed with a wife Kerry, and two children, Rosie (18) and Teddy (15) 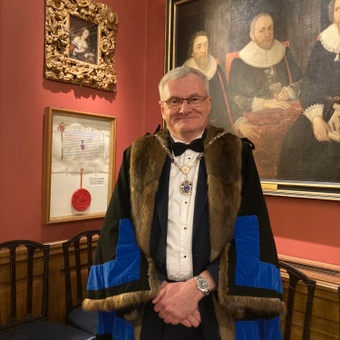 David was born in Clapham south west London in November 1957 and grew up with his sisters in Eltham in south east London.

His Father, Tom Keats, was a wine merchant and Liveryman of Painter-Stainers, from 1975. David however decided to study dentistry and was offered a place at King's College Hospital Dental School, London where he qualified in December 1980.

David then practiced as a general dentist in Chichester and then worked in Glasgow Dental School, from where he gained the Fellowship of the Royal College of Physicians and Surgeons. He returned to Kings in 1986 to study orthodontics, gaining his postgraduate qualifications a few years later. David then worked in orthodontic practice in Reading for over 26 years, where he was a partner in the business for a period of 10 years. In addition he worked as an Associate Specialist in Orthodontics alongside the consultants in the hospitals in Worthing and Chichester until his retirement at the age of 60.

From the week following his retirement, David has served on the Court of Painter-Stainers and undertook the role of Renter Warden from 2018 to 2019. He has since attended many if not most of the events of the Company since then. 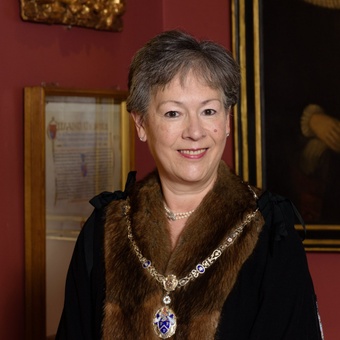 Buzz first attended events at Painters’ Hall in the early 80s, accompanying her father. She became a freeman of the company in 1988 and liveryman in 2015.

Since joining the Court, Buzz has served on the Charities & Education Committee, working on the relaunch of the Schools’ Prizegiving. She has also served on the Catering Committee and contributed to the development of the new Company website.

By day, Buzz has worked for the NHS for many more years than she ever intended; by night, her main hobby is amateur dramatics as a stage and production manager. If you ever see Buzz on stage when the lights are on, you know something has gone wrong!

The origins of her nickname remain a mystery, unrevealed even after the application of alcohol at livery dinners.

Buzz is humbled and honoured to have been elected Renter Warden, and particularly proud to be the first woman to hold this position. 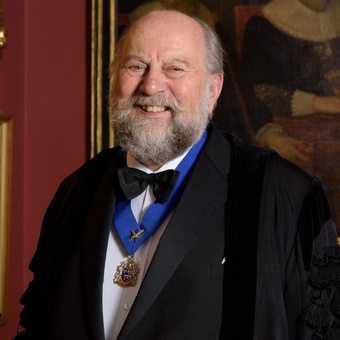 Chris is an administrator who has developed his skills through spending the majority of his career in public service firstly with the Ministry of Defence and then developing and managing people, projects and finances within the Crown Agents, an international development organisation. Originally established by Royal Charter in 1833 to regularise the provision of materials to our colonies, the Crown Agents now delivers capacity building and institutional development services to more than 100 countries and Chris represented the company for over 25 years both internationally and, briefly, the UK Government in the difficult and demanding arena of post-war Kuwait.

After a short period assisting with the establishment of the membership and governance of the European Venture Philanthropy Association, a charity dedicated to increasing overall philanthropic giving in Europe, Chris was honoured in 2004 to be selected as the 37th Clerk, since the Reformation, of the Worshipful Company of Painter-Stainers, the fifth oldest Guild in the City of London.

Since his appointment to this multi-faceted role he has developed Painters’ Hall as banqueting and conference centre and sought to build upon the Painters’ Company’s primary objective of supporting the art and craft of painting.

In conformity with the Inspeximus and Charters, the Company is administered by a Master and two Wardens, who are elected annually on St Luke's Feast. The Master and Wardens are supported on the Court by Assistants, who are drawn from the senior members of the Livery.